There are several environmental concerns the Earth is currently facing. These issues affect all people, animals, communities, and nations around the world. Some of these changes are small and only affect a few ecosystems, but others are drastically changing landscapes. Environmental problems unfortunately make us vulnerable to disasters and tragedies, both now and in the future. Our environment is constantly changing. But human-related activities have certainly contributed towards accelerating such change which has negatively impacted Mother Nature. In fact, our planet is on the brink of a severe environmental crisis. We are heading to a state of planetary emergency. One thing is for sure: Earth is fragile and the need for change is critical so as to ensure a sustainable future.

The environment is the habitat in which living things maintain their reciprocation and interact with each other throughout their lifetimes. Because life and environment are interdependent, environment is a vital human element. Human life and natural life are based on various balances. The environmental balance that human beings maintain is among the most important. Extraneous effects on the chain links that make up this natural balance will negatively affect this balance and lead to environmental problems. According to Watson and Halse (2005), human beings profoundly affect these environmental problems, and these human effects unprecedentedly reveal themselves in issues such as global warming, rain forest destruction, ozone layer breaches, and biological variety threats (Genc 215).Thus, it is vitally important that all people become increasingly aware about the various environmental problems that our planet is facing.

Here is a look at the most pressing environmental issues of today that require urgent attention:


Climate change, as a serious environmental problem, has occurred over the few decades. Global warming is a contested environmental issue: many scientists are of the belief that the phenomenon is real. Other people are sceptical. However, undoubtedly several consequences of climate change can already be observed including the melting polar ice caps, gradual rise in sea level, unnatural patterns of precipitation such as flash floods, catastrophic weather, excessive snow, desertification, threatened ecosystems, and change in overall weather scenario. Moreover, humans have undeniably influenced climate change with the production of greenhouse gases (stemming from carbon dioxide and methane). One thing is for sure: Our planet is warming and changes will continue to occur stronger and negatively affecting the ecosystems.


In many parts of the world, water sources are scarce. The global reserves of drinkable water are a fraction of 1% and 1 in 5 humans doesn’t have access to potable water. Water pollution is also a worrisome occurrence. Other issues include acid rain, ocean dumping, urban runoff, oil spills, ocean acidification, and wastewater. In essence, potable drinking water is fast becoming a rare commodity.

4.      Ecosystems and Endangered Species
Many species are under continuous threat, including indicator species (when this type of species becomes threatened, endangered, or extinct, an entire ecosystem faces collapse) and evolutionarily unique species. The consequences have a global impact.

6.      Ozone Layer Depletion
This is one of the most important and current environmental problem. The ozone layer (an invisible layer of protection around the planet protecting us from the sun’s harmful rays, preventing harmful UV radiation from reaching the earth) is depleted at unprecedented rates which can be attributed to pollution caused by Chloro-floro carbons (CFC’s). After these toxic gases reach the upper atmosphere, it causes a hole in the ozone layer and, sadly, the biggest of which is above the Antarctic. Nowadays, CFC’s are banned in many industries and consumer products.


Forests can be seen as natural sinks of carbon dioxide. It produces fresh oxygen and help to regulate temperature and rainfall. Presently, forests cover about 30% of the land. However, annually high percentage of tree cover is lost due to growing population as they have a greater demand for food and shelter. Thus, deforestation (clearing of green cover, making land available for residential, industrial, or commercial purposes) takes place at unprecedented rates.

9.  Acid Rain
Acid rain occurs as a result of the presence of certain pollutants in the atmosphere, either through the combustion of fossil fuels, erupting volcanoes, or rotting vegetation which release sulfur dioxide and nitrogen oxides into the atmosphere. Consequences of acid rain not only have serious impacts on human health but also on wildlife and aquatic species.

10.  Overpopulation
Overpopulation, an undesirable condition whereby the number of existing human population exceeds the carrying capacity of Earth, is another serious problem. The population of the planet has reached unprecedented, unsustainable levels which have led to several water, fuel, and food shortages. In particular, exceptional population growth in developing countries is straining the already scarce resources.

Over-consumption and their effect on the planet are also persistent.

12.  Ecosystem destruction
Ecosystem destruction and associated environmental concerns, such as aquaculture, estuaries, shellfish protection, landscaping, wetlands, and ecological restoration has occurred tremendously. Human-induced activities have led to the extinction of species and habitats and loss of biodiversity. Ecosystems are in danger when any species population is destroyed. An example is the destruction of coral reefs in the various oceans, supporting the rich marine life.

13.  Carbon footprint
Carbon footprint (and the responsibility of individuals to reduce their effect on the environment, including the use of renewable energy sources (solar power, geothermal heat pumps), recycling, and sustainable living) must also be looked at.

Conclusion
The one thing that is certain is the fact that environmental protection and preservation of the planet is the responsibility of every individual and community on Earth. By raising important environmental awareness, you can assist in contributing towards a more environmentally conscious and friendly place where future generations can live in a clean, healthy, environmentally sustainable place. 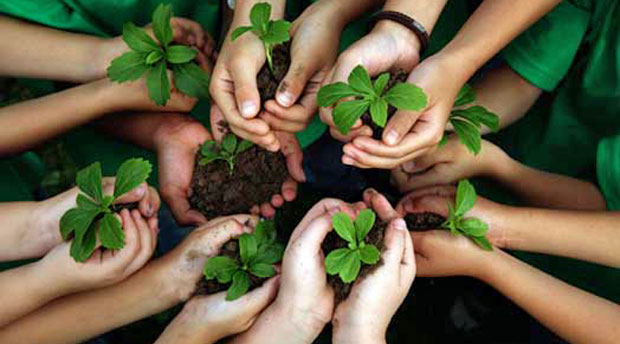